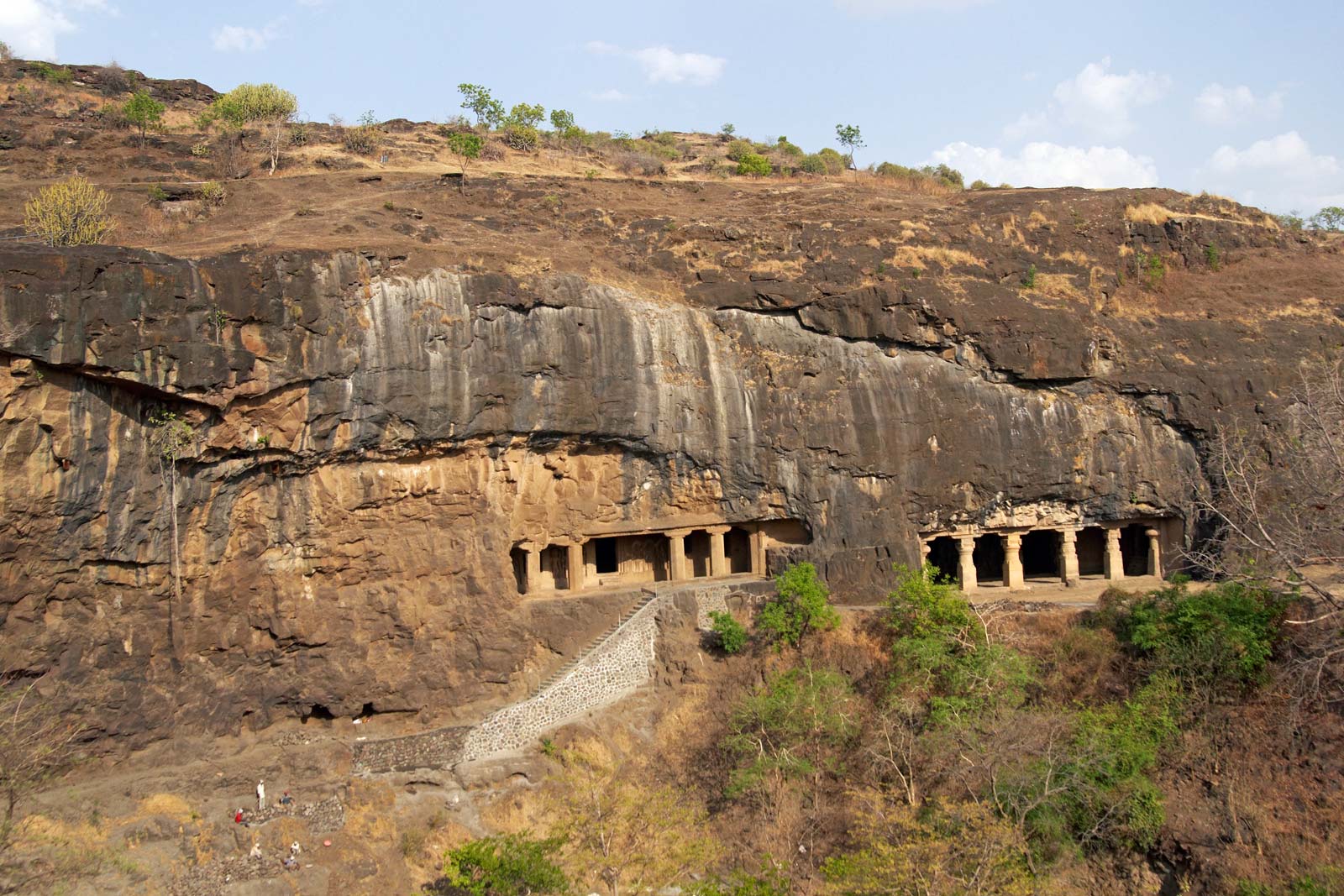 Hidden for Centuries in Maharashtra, India

Ellora Caves, one of the best examples of Rock-cut Architecture

Little is know of the creators of Ellora, but the cave system has a natural progression from one set of influencers to the next. Caves 1-12 are Buddhist, Caves 13-29 are Hindu and 30-34 Jain. Ellora holds the distinction amongst all Indian caves as having been created over 3 dynasties.

The geology was formed from ancient volcanic activity resulting in basalt formations known as the Deccan Traps. The nature of the fines allowed for sculpture with incredible detail.

Cave 10, from the Buddhist era, is popularly known as the “Carpenter’s Cave”. It houses a 15’ statue of Buddha and gets it’s name from the ceiling ribs that appear like wood.

The main focus in this article, is on Cave 16, The Great Kailasa, which is the ceremonial home of lord Shiva. It is regarded as the LARGEST rock-cut excavation in the world. The courtyard measures 82m (269 ft) by 46m (150 ft) and 32.6m (107 ft) high. It is multi-story and served as a temple to lord Shiva.

One would expect that the construction would be front-in, but in the case of Kailasa, this was not the case – it was top down.

According to Wikipedia: “The temple contains a number of relief and free-standing sculptures on a grand scale equal to the architecture, though only traces remain of the paintings which originally decorated it……….
The Kailasa temple features the use of multiple distinct architectural and sculptural styles. This, combined with its relatively large size, has led some scholars to believe that its construction spanned the reigns of multiple kings.”

Wedding of Shiva and Parvati

Rock-cut architecture should not be confused with cave architecture, the temples of which in India date between 100 BCE and 170 AD. Ajanta started around 460 AD and preceded the construction of Ellora which lasted over 4 centuries. Rock-cut structures can be found close to the equatorial belt in other countries such as Jordan (Petra), Egypt and Turkey. In India, they were created mostly for religious purposes.

Although Ajanta and Ellora are spoken of in tandem, they couldn’t be more different. Ajanta is known for its pictoral art both in terms of its decoration for the architecture as well as early Indian art.

After a visit to Ellora an effusive Julian Huxley wrote in a 1956 edition of Architectural Review: “The whole was a single piece of sculpture – surely the largest and most elaborate the world has ever seen…… the whole is a superb stage-setting of a cosmic drama.”