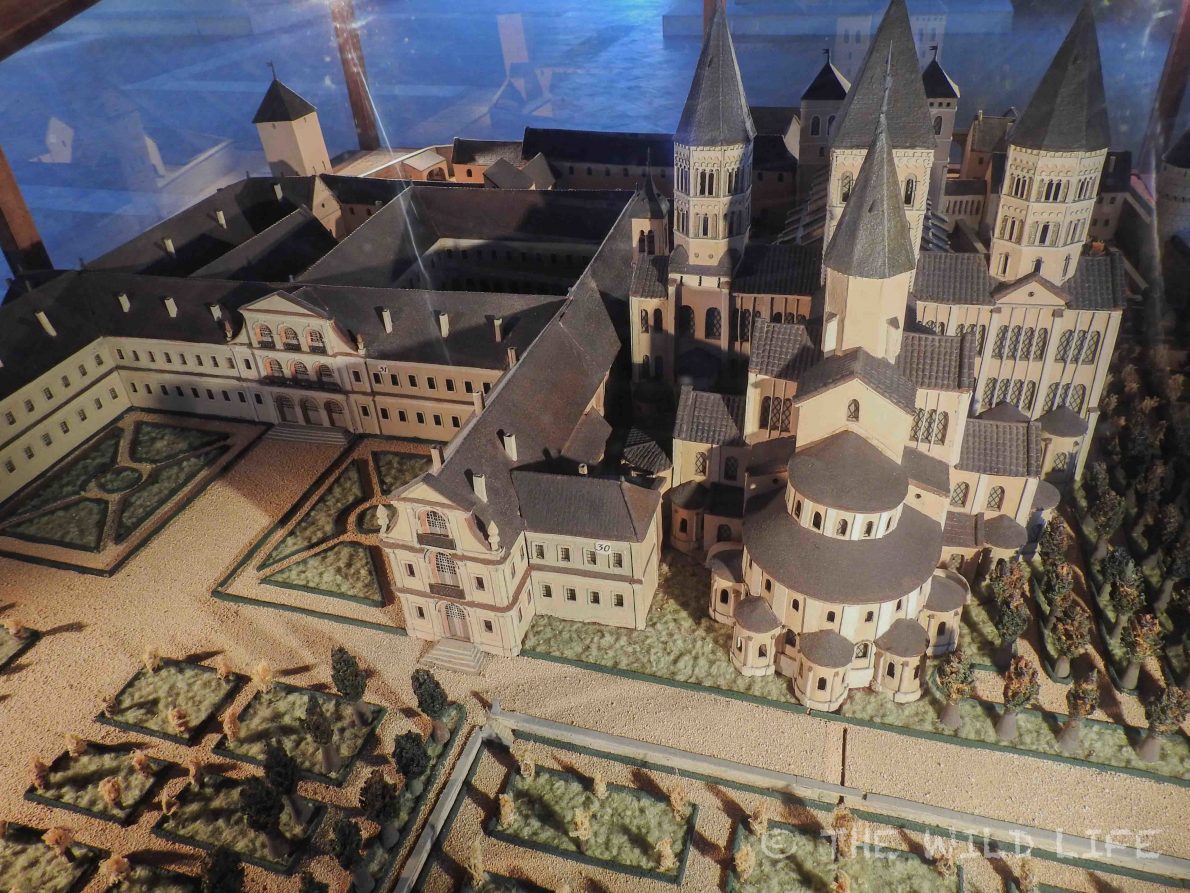 – Cluny lies in Burgundy in central France, some 80 km north of Lyon, 388 km east of Paris

The site for the great Abbey which was formerly known since Roman times as Villa Cluniacum , was gifted to the church by Duke William of Aquitaine in 910 AD. It came with strings attached, i.e. a foundation charter which gave autonomous control to the papacy. Over the next several centuries it was acknowledged as the wealthiest and most powerful monastic center of the Western world. The first six abbots, Berno, Odo, Aymard, Majolous, Odilo and Hugh were canonized as Saints. 4 monks went on to become Pope.

For over 880 years, the Abbey grew and became known as Cluny I, Cluny II and Cluny III. Excavated by the famed K.J.Conant (Professor of Architectural History at Harvard) ,starting in 1927 it was determined that only about 10% of the original Abbey complex remains today.

Cluny, for the most part, did not survive the French Revolution. Sacked in 1790, the final insult came with the burning of the library and archives (considered one of the richest and most important in Europe) in 1793.

Why did so little of the complex survive? The church was auctioned off and a group from nearby Macon sold off the remains through the early 1800’s.

The destruction of significant monuments over time can be construed in modern terms as a loss to humanity. No loss is greater though, than the burning of Cluny’s library and archives which can be considered as great an event as the burning of the library in Alexandria in 48 BC.

On a positive note, and quoting Edwin Mullins from his treatise on Cluny:
“ The Cluniacs were among the most lavish and enlightened builders Europe has ever known, and the landscape of western Europe remains richly decorated with their achievements. They may have built for God, but the beneficiary has been humanity………. None of it is the art of doom – quite the reverse. Everything the Cluniacs produced, whether it was sculptures, frescoes, illuminated manuscripts, decorative arts, or liturgical music, rises triumphantly above the bigoted world in which it was created.”